This is the Hungary passport issued in 1856 with 6Kr stamp and size of A5 page. The Reisepass/Utlevel was issued in two languages german and hungarian.

The Gulden or Forint was the currency of the lands of the House of Habsburg between 1754 and 1892 (known as the Austrian Empire from 1804 to 1867 and theAustro-Hungarian Monarchy after 1867), when it was replaced by the Krone/korona as part of the introduction of the gold standard. In Austria, the Gulden was initially divided into 60 Kreuzer, and in Hungary, the forint was divided into 60 krajczár. The currency was decimalized in 1857, using the same names for the unit and subunit.

This passport was issued in Austrian empire period (1804-1864) in Hungary before Austro-Hungarian empire (1867 to 1918) was one of the world’s greatest powers at that time. Austria-Hungary was geographically the second-largest country in Europe after the Russian Empire 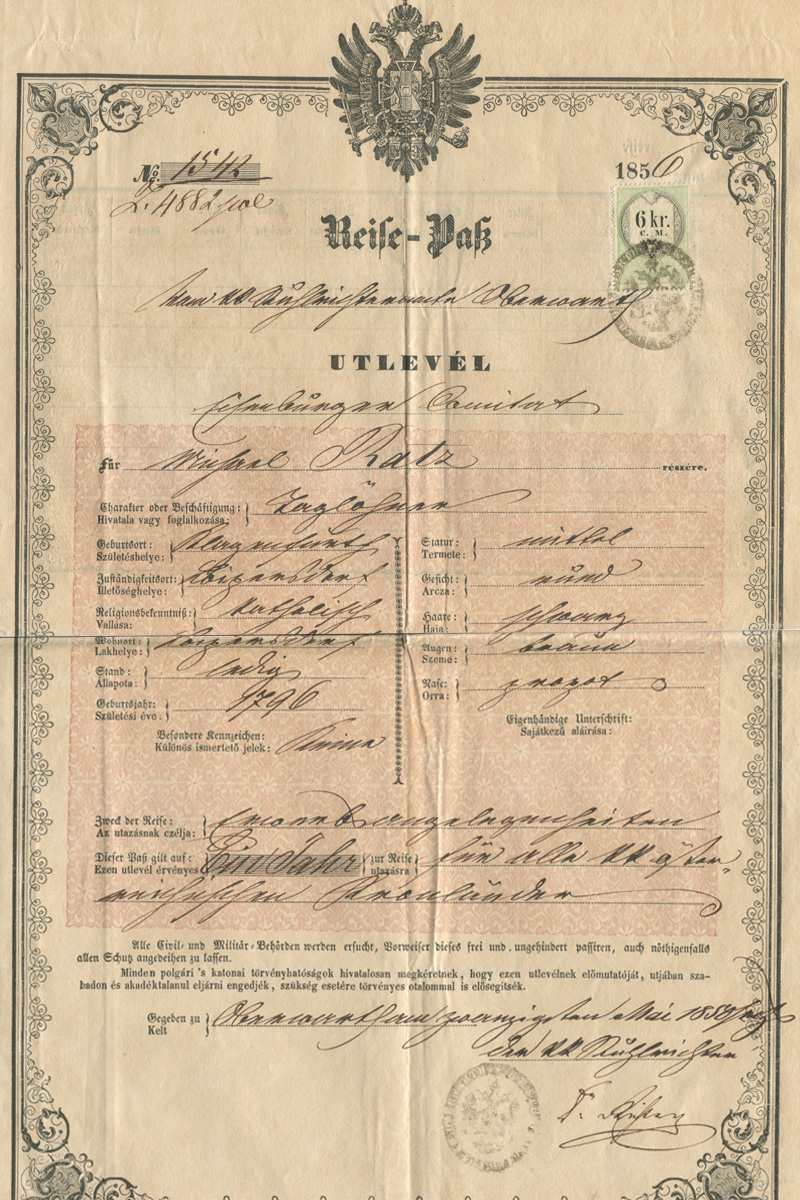 Handwritings from 1860’s can be quite hard to read.