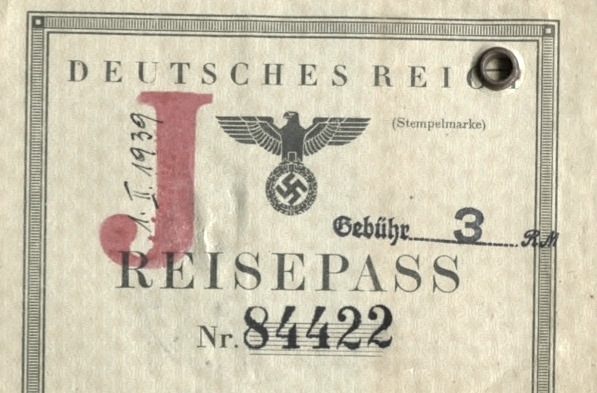 This is a Museum Exhibit

This is a German J passport issued in Vienna, 1939 to Else Klagsbrunn who was born in Vienna just 21 years old. She fled the persecution and escaped to UK and lived on happy life. Her other family members could not escape.

Her passport lived on to tell an extra-ordinary story about her escape!

Red J means ‘Jew’ stamped to make it easier for border guards to identity and pull out Jews from queues from Germany and other Nazi occupied countries.

As you can see the J was stamped in this passport on 1, Feb, 1939 . This passport is a rare passport because, “Sara” is not added after her name.   The reason why Sara is not added because the Law on Decree of surname change of Aug 17, 1938 is not applicable only to Austria. 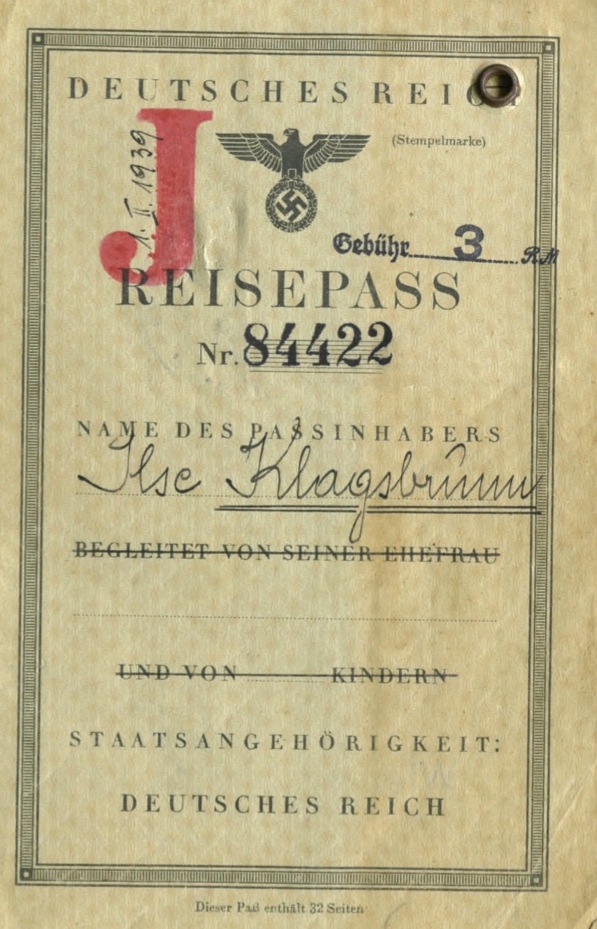 On October 5, 1938, the Reich Ministry of the Interior invalidates all German passports held by Jews. Jews must surrender their old passports, which will become valid only after the letter “J” has been stamped on them.

The government required Jews to identify themselves in ways that would permanently separate them from the rest of the German population.

In an August 1938 law, authorities decreed that by January 1, 1939, Jewish men and women bearing first names of “non-Jewish” origin had to add “Israel” and “Sara,” respectively, to their given names. All German Jews were obliged to carry identity cards that indicated their heritage, and, in the autumn of 1938, all Jewish passports were stamped with an identifying red letter “J”.

As Nazi leaders quickened their war preparations, antisemitic legislation in Germany and Austria paved the way for more radical persecution of Jews. 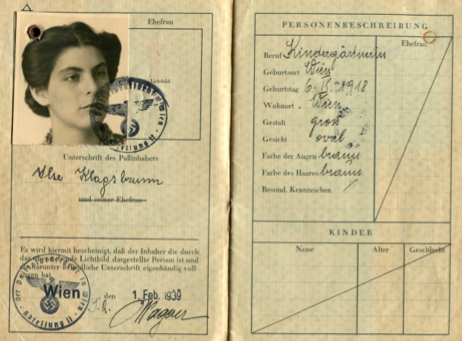 You will see a Belgium transit visa and UK visa (issued for domestic employment) by British passport control  office for single journey valid for 90 days.  The entry-exit stamps indicate she transited Belgium (20 march 1939) and entered UK through Port of Dover on March 31.

On 31 March 1939, in response to Nazi Germany’s defiance of the Munich Agreement and occupation of Czechoslovakia, the United Kingdom pledged the support of itself and France to assure Polish independence

Britain was one of the leading destinations for Jews escaping Nazi Europe. Some came on transit visas, which meant that they stayed in Britain temporarily, while waiting to be accepted by another country. Others entered the country by having obtained employment or a guarantor, or viaKindertransport. There were about 70,000 Jewish refugees who were accepted in Britain by the start of World War II.

About 1937, as the rate of people looking to immigrate to Britain increased, the British government made stricter standards for those whom they would admit. One was that the refugees had to have ₤50 (equivalent to $3,169 in 2018) deposited in an overseas bank, but in Germany it was against the law to have foreign currency. This requirement could be waived, depending on the individual’s training or education. The Government created a scheme whereby a Guarantor bought a Guarantee for £50 to ensure the person for whom the guarantee was given would not become a financial burden for the British Government

The government limited the number of immigrants in 1938 and 1939.For instance, after Austria was annexed to Nazi Germany(Anschluss, 12 March 1938), the British government restricted the number of Austrian Jews who could enter Britain through strictly controlled visas

The Foreign exchanges played  significant role in the surveillance and fiscal plundering of German Jews. In the Occupied Territories, Foreign Exchange Commands also operated during the Second World War to seize or forcibly purchase foreign currency, gold and diamonds.

The Austrian schilling was the currency of Austria from 1925 to 1938. With the unification of Germany and Austria in 1938, the Reichsmark replaced the Schilling in Austria. During the Second World War, Germany established fixed exchange rates between the Reichsmark and the currencies of the occupied and allied countries, often set so as to give the Germans economic benefits.

The Austrian schilling was the currency of Austria from 1925 to 1938 and from 1945 to 1999, and the circulating currency until 2002. The euro was introduced at a fixed parity of €1 = 13.7603 schilling to replace it. The schilling was divided into 100 groschen. The austrian national bank still accepts it for exchange.