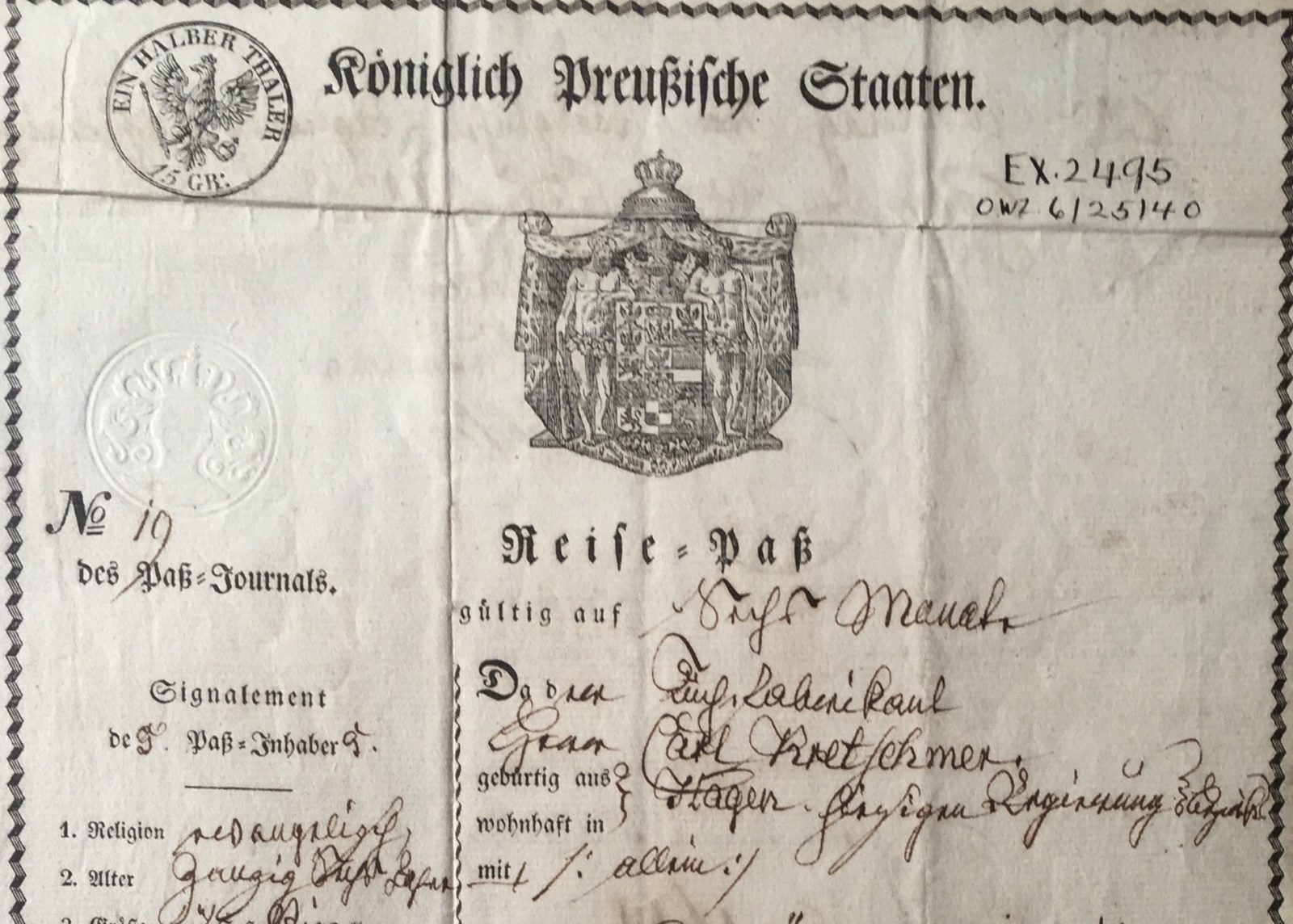 This is 1820 Passport (Reisepass) from Kingdom of Prussia issued to Carl Kretschmar which is almost 200 years old today.

The Kingdom of Prussia (Königreich Preußen) was a German kingdom that constituted the state of Prussia between 1701 and 1918.  It was the driving force behind the unification of Germany in 1871 and was the leading state of the German Empire until its dissolution in 1918

This passport was issued for 35 EGH

The Thaler (sometimes Reichsthaler) was the currency of Prussia until 1857.

In 1857, the Prussian Thaler was replaced by the Vereinsthaler, having become the standard across much of Germany. 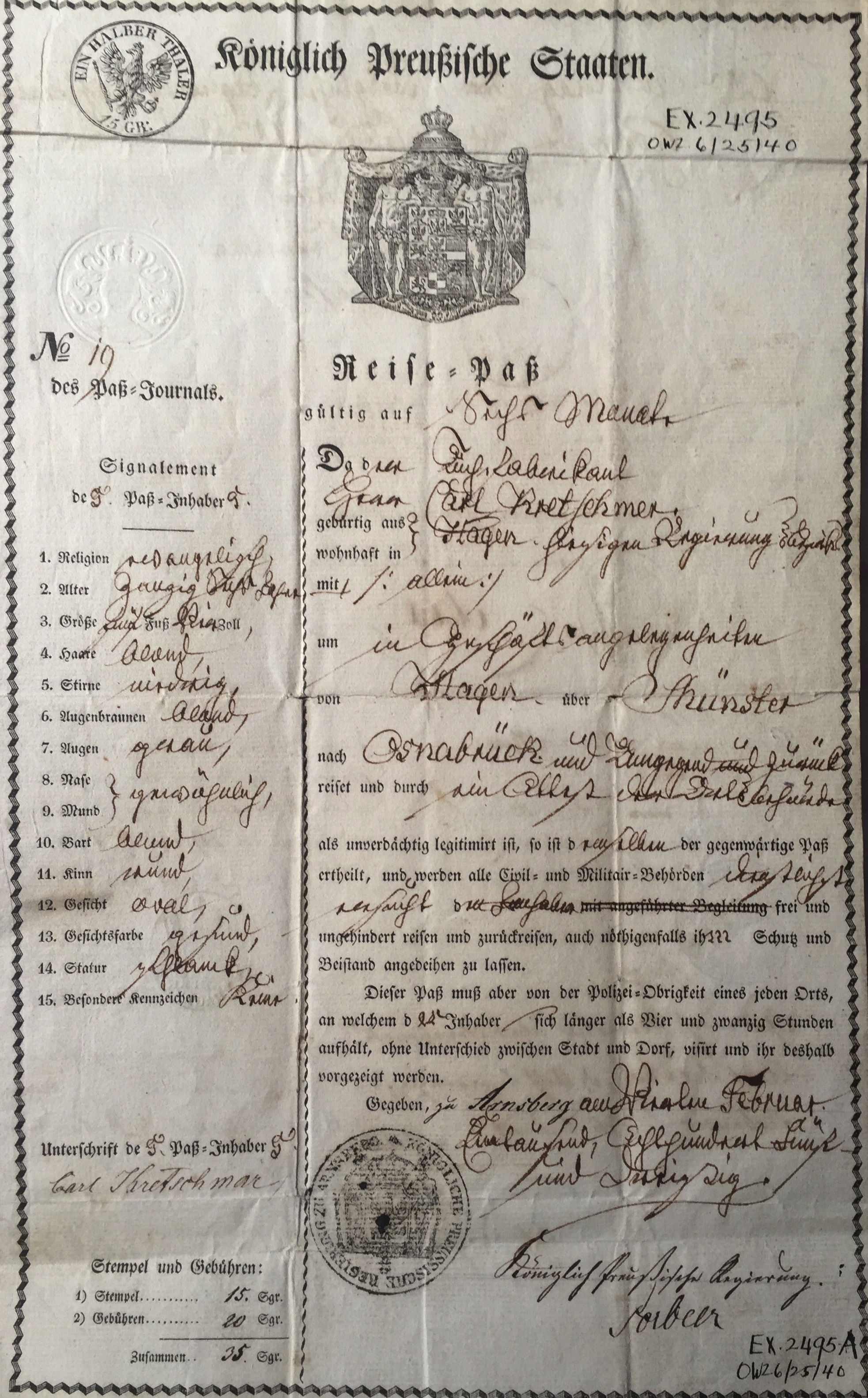 This passport has several visas issued from 1820’s from Bremen, Hagen by police. 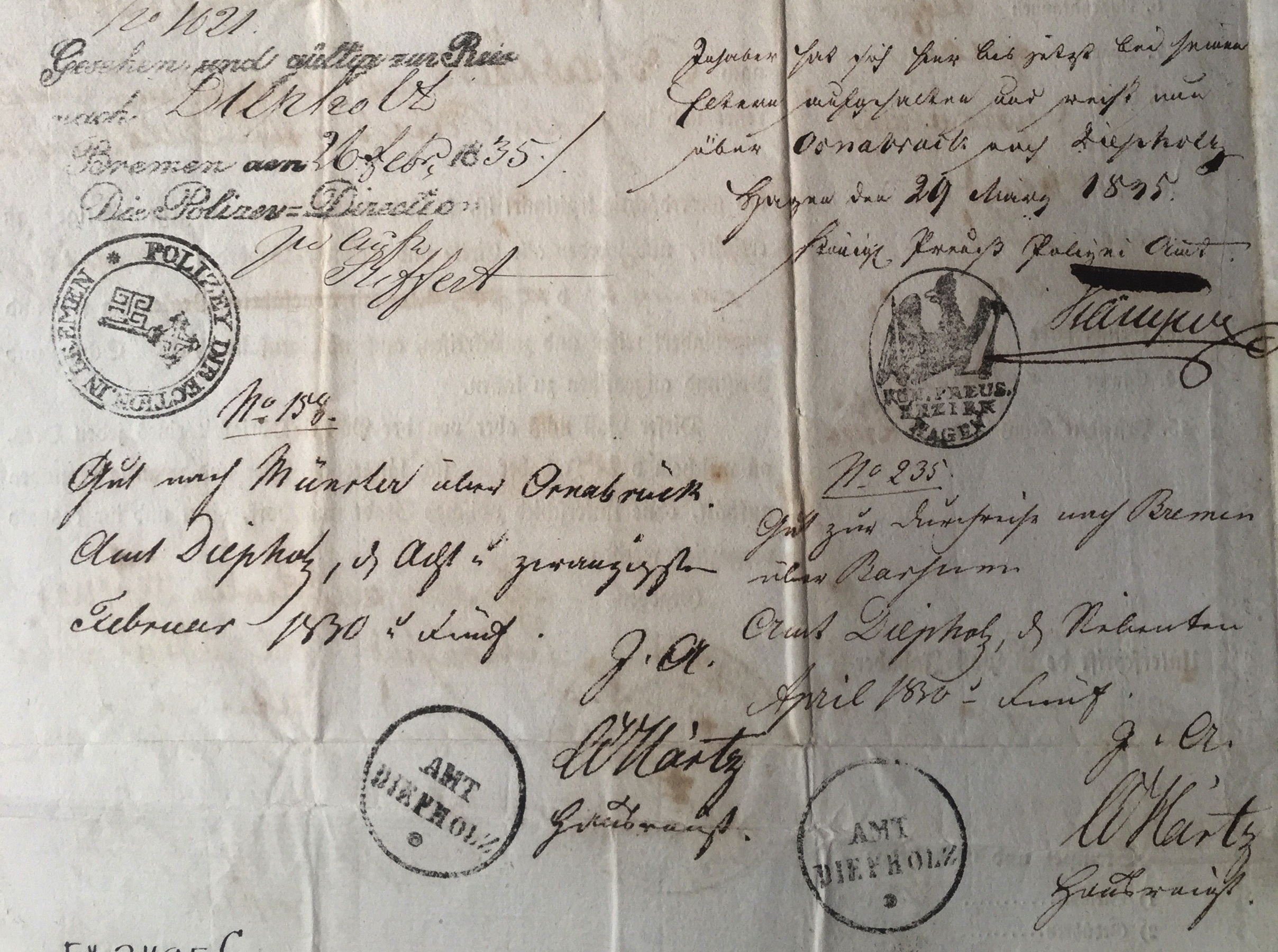 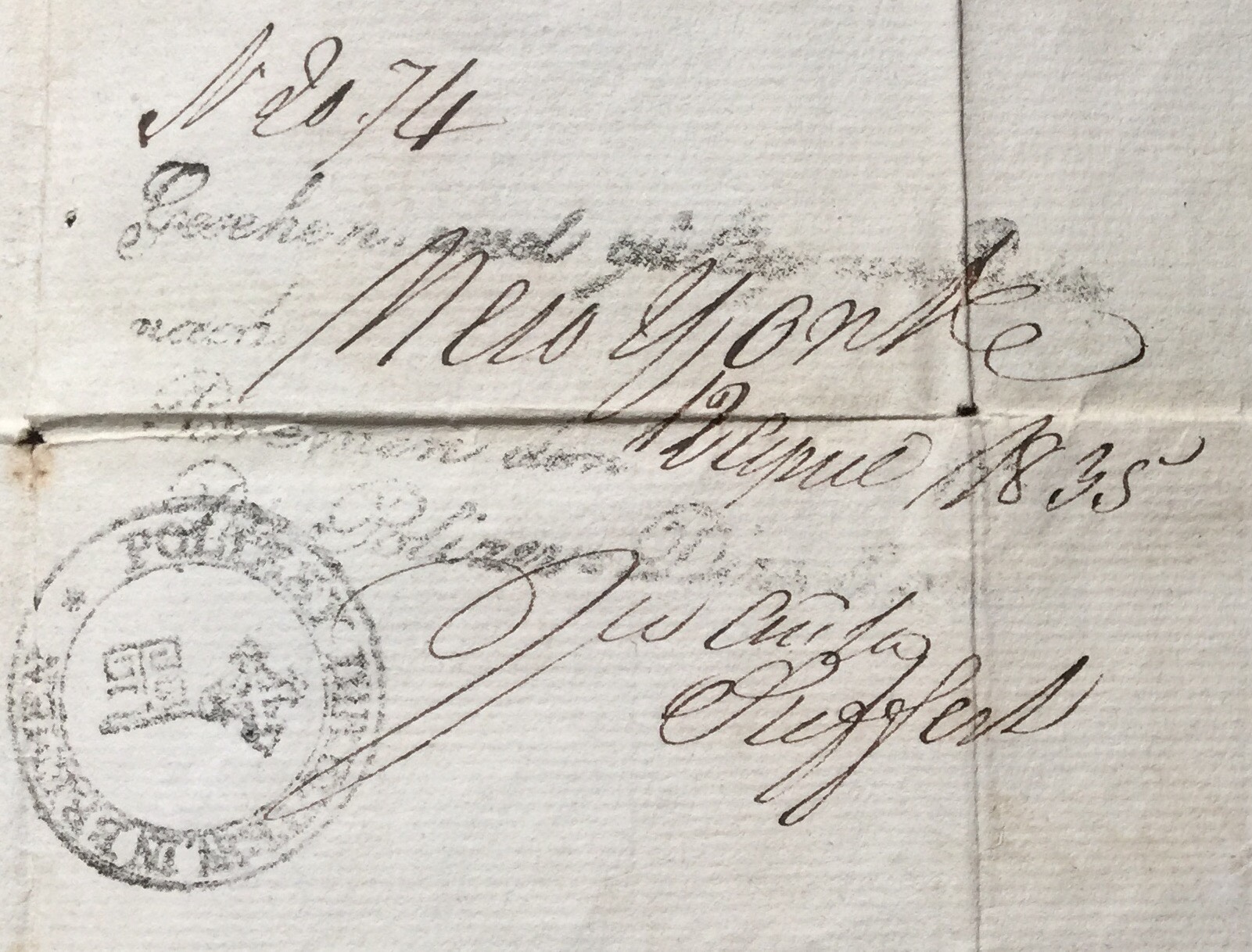