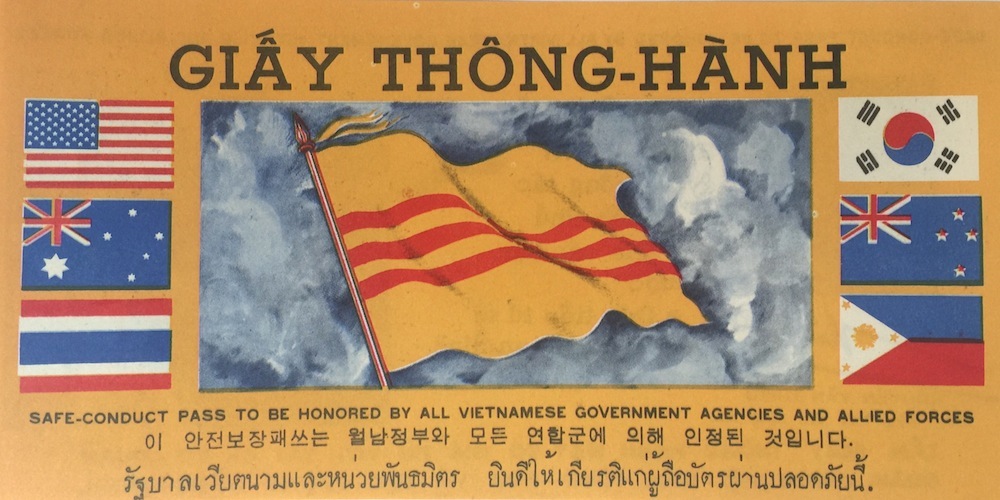 US and its allies dropped over 50 billion safe conduct leaflets in Vietnam. For centuries, propagandas played a big role in convincing enemies for desertions. At the peak, a billion leaflets were printed each month for distribution.

The leaflets dropped by US in Vietnam encouraged 160,000 enemy soldiers to defect the war.

The Chiêu Hồi Program (Open Arms) was an initiative by the South Vietnamese to encourage defection by the Viet Cong and their supporters to the side of the Government during the Vietnam War.

This particular leaflet has 7 flags developed in January 1968 and was signed by Nguyen Van Thieu, chief of staff of south vietnam army, who later became president of vietnam in 1967 who served for 8 years during the war.