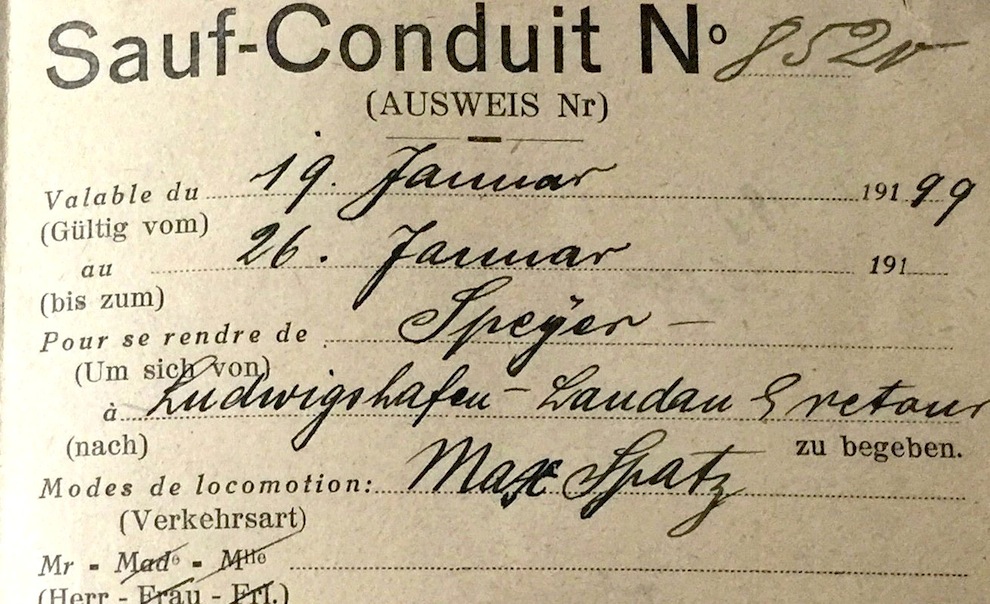 This is a 100 year old safe conduct pass issued in Germany to Mr. Spatz to travel from town of Speyer to Ludwigshafen to Landau between from 19 Jan to 26 Jan, 1919 just after the WWI 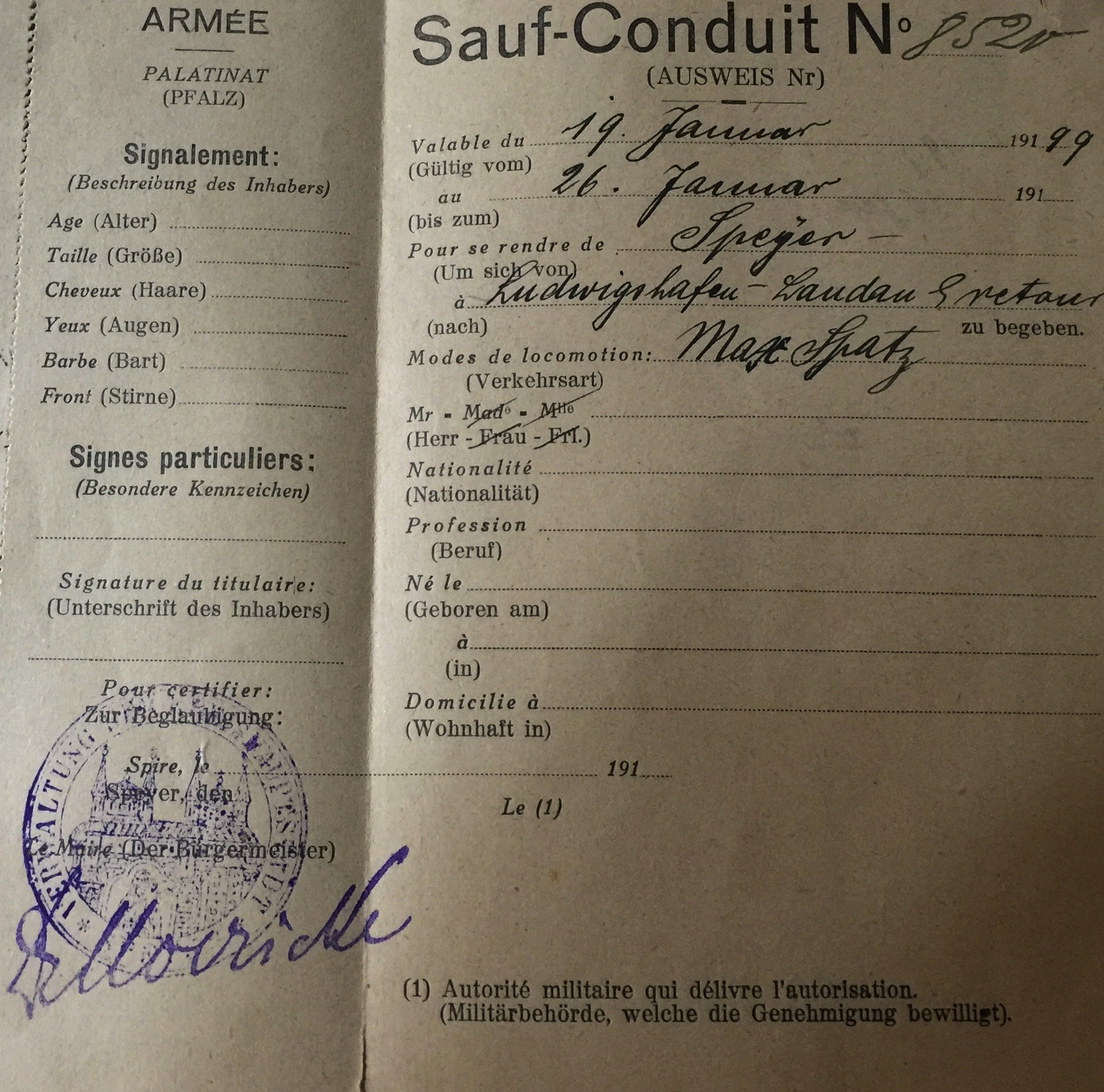 The document also has a seal of Speyer cathedral which was founded in 1030 and now UNESCO world heritage site.

The history of Speyer begins with the establishment of a Roman camp in 10 BCE, making it one of Germany‘s oldest cities. This city celebrated 2000 years in 1990.

With the end of World War I and the occupation of the west bank of the Rhine in 1918, French troops once again occupied the town.

As early as the end of 1918 the French occupational forces under General Gérard supported a movement under the leadership of Ludwig Haass which called itself “Free Palatinate.” This was one of several separatist movements in the French occupation zone on the left bank of the Rhine. In early summer of 1919 the Free Palatinate attempted a putsch in Speyer for an autonomous Palatinate. This attempt failed miserably, especially because of the resistance of the deputy chief administrator, Friedrich von Chlingensperg (1860–1944), who could count on the support of the majority of the Palatinate parties. After a few hours the poorly planned coup was aborted.