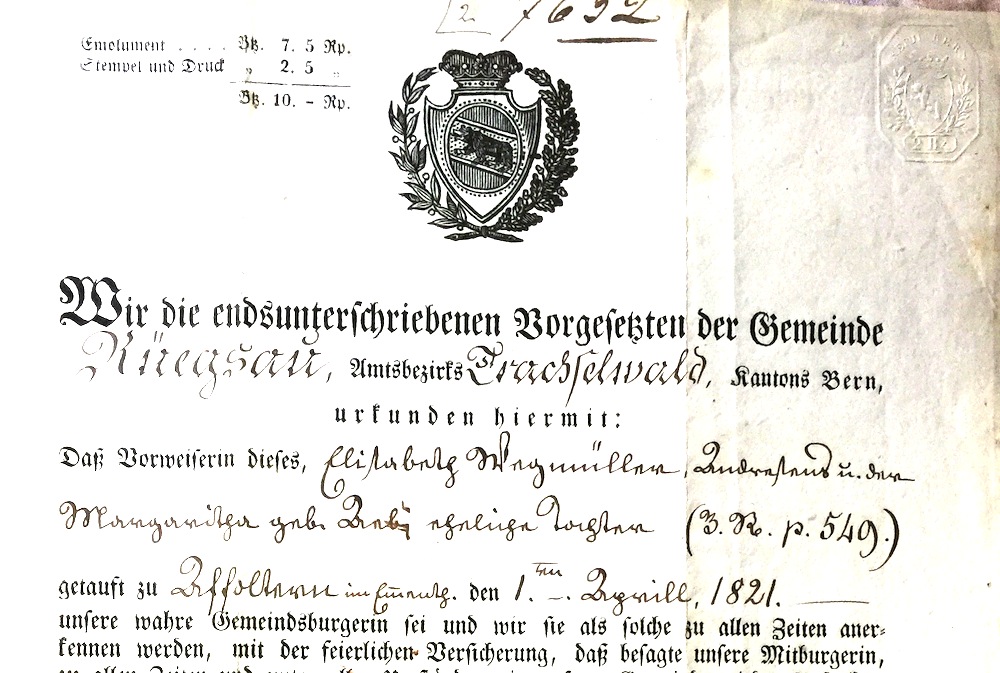 This is a 1838 Swiss citizenship card (Heimatschein) issued in RÜEGSAU the Canton of Bern to Miss Elisabeth Wegmuller. 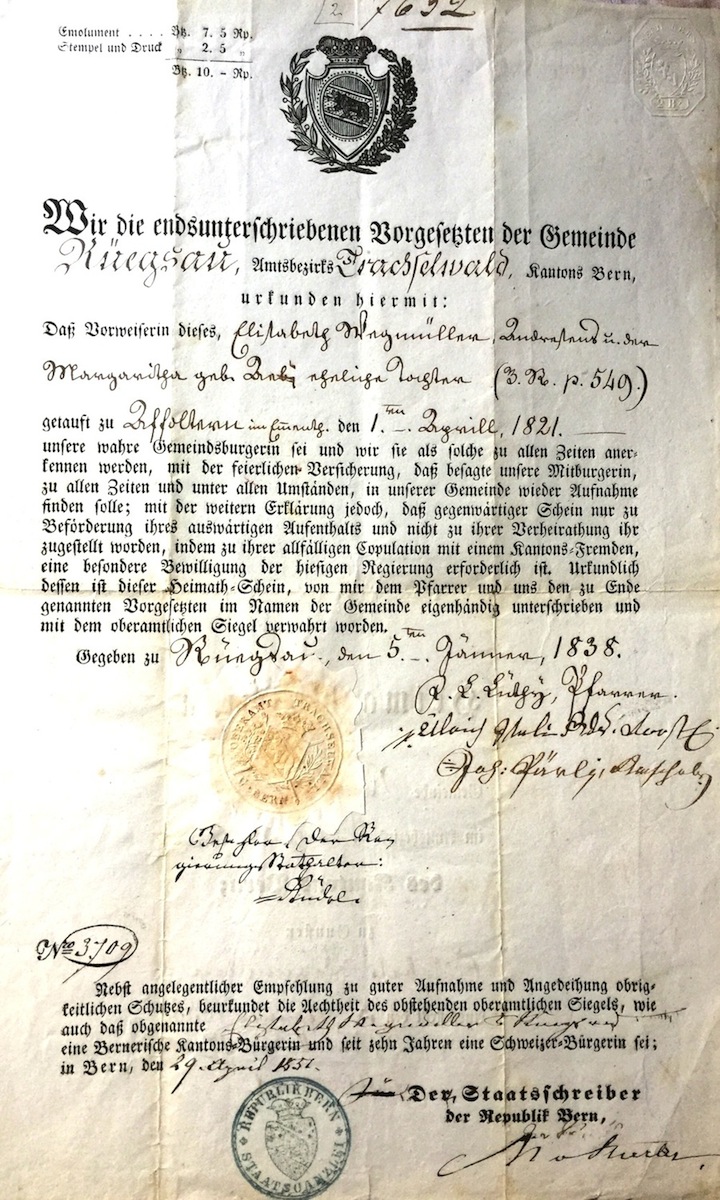 The document was issued for 10 Rappen 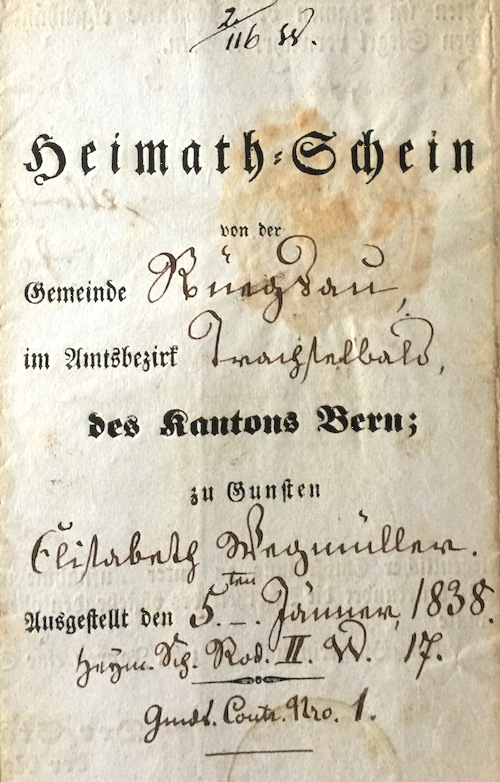 Rüegsau is a municipality in the administrative district of Emmental in the Swiss canton of Bern. Rüegsau is first mentioned in 1139 as Ruxow. The oldest trace of a settlement is a neolithic artifact discovered in Rüegsau village. The first trace of a modern settlement is in the first half of the 12th century when Rüegsau Abbey was probably founded. While very little is known about the early history of the Abbey, it was probably founded by Thüring von Lützelflüh around the same time that he founded Trub Abbey

The bear in 1836 coat of arms is still used in official flag of bern. It has long served as namesake, emblem, mascot and — at times — personification of Bern. The bear motif is in evidence as early as 1224 (on city seals), and has remained in use ever since. Today the city of Bern still has bears featured directly outside its Altstadt in the Bärengraben.

This card was signed by very important person Moritz von STÜRLER (Bern 1807-1882) a swiss historian and . In 1827 he entered the Bernese chancellery as a volunteer and went through a writing career without prejudice to all political changes: in 1832 he became secretary of the political department, in 1837 second council clerk, first council clerk in 1840, 1850 state clerk and state archivist. In these functions he  earned the leadership of the Berne State Archives by stimulating his research and making a name for himself as an outstanding expert in Bern history through his own work

His records can be found in the Burgerbibliothek Bern

The Frank was the currency of the Swiss canton of Berne between 1798 and 1850. It was subdivided into 10 Batzen, each of 10 Rappen.

This franc was issued until the end of the Helvetic Republic in 1803, but served as the model for the currencies of severalcantons in the Mediation period (1803–1814).

Although 22 cantons and half-cantons issued coins between 1803 and 1850, less than 15% of the money in circulation in Switzerland in 1850 was locally produced, with the rest being foreign, mainly brought back by mercenaries.

In 1825, the cantons of Berne, Basel, Fribourg, Solothurn, Aargau, and Vaud formed a monetary concordate, issuing standardised coins, the so-calledKonkordanzbatzen, still carrying the coat of arms of the issuing canton, but interchangeable and identical in value. The reverse side of the coin displayed a Swiss cross with the letter C in the center.